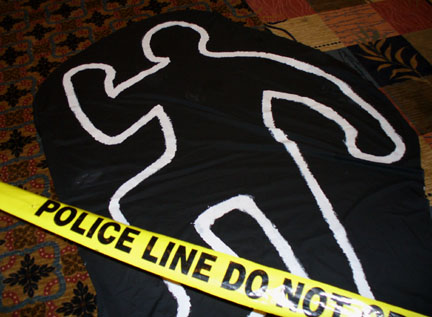 “Research kills great creative ideas”.  I heard it first when I started work at Leo Burnett in 1981, and hardly a month goes by without it being trotted out once more by some agency figure.  What’s to be done?

It’s one of the oldest mantras in the creative communications industry and it’s clearly alive and well and living in the minds of most creative teams and many planners in London and beyond.  It’s a negative, narrow minded, unproductive attitude, and it continues to be inculcated into most new recruits to creative agencies.

The first thing to do is to admit that, yes, research does kill great creative ideas – but poor research, of which there is simply too much (and much of it quantitative).  It doesn’t have to be that way, and here are some practical ways to reduce the chance of it happening.

Clients and agencies should agree upon researchers jointly

Who in their right mind lets a researcher loose on creative development who is not up to the job?  How do such researchers get commissioned?  Planners will doubtless blame clients and clients will blame planners.  The need is to stop trying to apportion blame and to start making joint choices, with client and agency picking researchers with whom they are both comfortable.  If both are involved in the choice, both are more likely to be able to live with the findings.

If you have not worked in a creative agency, it is that much more difficult to understand what it takes to make advertising and other marketing communications happen. Quite apart from having experience of critical issues, such as distinguishing strategy, idea and execution, and gaining an understanding of the myriad different ways in which creative ideas can work, learning about the tensions, politics and logistics of producing creative communications provides an invaluable background when carrying out a creative development project.

Researchers vary enormously in how deeply they understand this context.  If I were a client, I would be looking for a researcher who had worked in an advertising or other creative agency, who had a strong portfolio of creative development projects and maybe had even attended creative role reversal courses and creative briefing training.  Clients also need to reassure themselves that their researchers have a sense of the different ways in which creative ideas work and can tailor the means by which they elicit and explore responses accordingly.  The line of questioning one adopts for involvement advertising, for example, will be quite different from that for classic persuasion model advertising; is the researcher able to understand and handle this?

Approach the research in the right spirit

We all know that too much research is done to ‘cover arses’ and to find a way of getting work blown out when clients, account handlers and planners cannot reject it themselves.  This is not conducive to great creative development research!  It is easier to say than to do, but creative development research should always be approached with a genuine desire to learn.  The most effective projects I’ve carried out are those where agency and client go into the research with, as far as one can tell, a genuine mutual desire to learn, rather than on a mission to find a stick with which to beat each other.

In over 25 years of research, I have rarely met a creative team at a briefing and creatives have attended debriefs only a handful of times.  What are they being protected from?  Is it any wonder that their negative perceptions of researchers persist when they never meet them?  Why on earth is creative development research being briefed without the involvement of the people who created the ideas?

On the rare occasions when I have been able to discuss the work with the creative team at the briefing stage, it has never failed to add another dimension to my understanding, enabling me better to explore and explain reactions to the work and provide more useful guidance for development.  On the rare occasions when creatives have come to groups or debriefs, their greater involvement means that we can have a much more productive debate about how to develop the work; which is, after all, supposed to be the object of the exercise.

To take the example of TV advertising, it never ceases to amaze me how many agencies habitually produce storyboards and tracks ‘because that’s how we always research creative work’.  Advertising, like other forms of creative brand communications, works in many different ways, and it is imperative that stimulus material is designed to reflect this.  Clients and agencies need to be more imaginative about how ideas are presented in research – and the researcher can help.  A researcher who understands the different ways in which creative ideas can work should be able to guide the agency on how to produce material which will give the idea a fair crack of the whip amongst respondents.  So, rather than presenting researchers with stimulus as a fait accompli, creative agencies should seek to benefit from the researcher’s experience, not least because, the more faithfully the stimulus conveys their ideas in research, the better the chance of them emerging positively on the other side.

Control the viewing of research

Apart from the value of having creatives view some of the fieldwork, another need is to control the response of clients and agency personnel when they view research, particularly in a viewing room.  There is a great opportunity for ‘group hysteria’ to develop on the client side of the mirror.  I’ve seen more creative ideas lost through knee jerk reactions to respondents’ comments than through poor research.  What is viewed is only a fraction of the whole picture and there is no time to reflect upon what the consumer has said.  Clients need to understand this, to trust the researcher and avoid rushing to judgement.

The final point to make is this: because an idea makes it into research, this does not make it a ‘great idea’.  For every great idea there are 20 average ones and not a few really poor ones.  Many creative ideas should never get as far as research, if only because they are simply not on strategy.  Others should not get into research because they are dull, but that is more a creative judgement than a strategic one and so beyond the remit of the researcher – although respondents will waste no time telling you if the idea is dull or derivative.  There is no case for buck passing.  Research is not a substitute for judgement.  It is not the job of research to kill bad ideas, but the job of the client and the advertising agency.

Greater openness and common purpose could help build a more trusting and productive realtionship between researchers and creative teams.  Sadly, I fear it’s unlikely to happen: if researchers become the ally rather than the enemy, who’s left to blame when the ‘great idea’ falls over?

1 Response to Researcher sought after murder of great creative idea